“To be a people who delight in worshipping Jesus, seek to know him more and are being shaped by God to be a redemptive presence in our community through proclaiming the gospel, feeding the hungry and nurturing one another in love.”

East Valley Reformed Church has been an important part of the community since
1901. Started by Dutch immigrants it has evolved into a congregation of people
from diverse backgrounds and religious traditions. We believe that we are a church
that belongs to Jesus Christ and to this community and we see it as our mission to
bring the two together.

We seek to focus on Jesus Christ who is the Way, the Truth and the Life. We believe the Bible is God’s word to us. We are a vibrant community, a place of spiritual nourishment and encouragement. It is our desire to live out the good news of Jesus Christ.

To Serve God with joy

We are a Christ-centered church.

We seek to focus on Jesus Christ who is the Way, the Truth and the Life. We desire to lead people to Jesus, so that through him, they may experience God’s transforming love and be empowered for a lifelong journey of hope.

We are a Biblically based church.

We believe the Bible is God’s word to us and that it is the only unfailing guide for faith and life. As we study and teach the Bible we are drawn to the living center of our faith, Jesus Christ our Lord, Savior and friend.

We are a caring community.

We are a vibrant community, a place of spiritual nourishment and encouragement. We believe that the relationships we build here are crucial to helping us on our journey as we follow Jesus.  We want people of all ages, from the very young to the aged, to feel welcome, loved and useful. We encourage small groups that will produce lifelong transformation and friendships.

We believe in mission and service.

It is our desire to live out the good news of Jesus Christ. We support numerous ministries in our community and throughout the world. We are active in prison ministries, local rescue missions and support missionaries in several foreign countries. 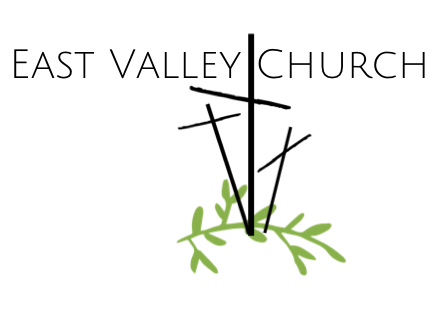 “Reformatory or reform school sounds vaguely threatening.  They are basically a jailhouse for young offenders.  I wonder if that’s what comes to mind when people drive by and see the word “Reformed” in our name.  I wonder if they think this is a church for, “Offenders.”  If that’s what people are thinking they are basically right.  We are a church full of people who have done something to offend God.  We have all said, thought or done something that required God’s forgiveness.  We are grateful that we are offenders who have been forgiven through the sacrifice of God’s Son, Jesus.  But it is also good to remember that to be “Reformed” is to be reshaped.  We believe that God is “reshaping” us into the image of Jesus and that reshaping will only be complete when Jesus Christ returns to usher in his kingdom in completeness.

Historically the word “Reformed” in our name comes out of the Protestant Reformation in the 16th century.  Lead by such men as John Calvin and John Knox (Presbyterian) the Reformed faith has become a faithful means to understand and live out the Bible.  East Valley Reformed Church is a part of a denomination located in Canada and the United States called “The Reformed Church in America.”  This denomination began in what is now the New York area in about 1628.  We have a rich history and a great future.  In the last eight years our denomination has started more than 275 churches with roughly 15,000 new Christians worshipping in those churches.  Our denomination is divided into regional bodies which are again divided into smaller areas called “classis” coming from an old Latin term referring to a “fleet of ships.”  East Valley Reformed Church is part of “Classis Cascades.”

We are “Reformed” in our history and we are continually being, “Reformed” or reshaped according to the word of God.  Perhaps the word, “Reformed” shouldn’t sound threatening but promising.  The Bible says, “If anyone is in Christ, there is a new creation…”  A new creation reshaped, reformed by Jesus.  We hope to live out that promise at East Valley Reformed Church.